On July 6, 1983, Jean-Michel Jarre‘s vinyl copy of Music For Supermarkets was auctioned at Hôtel Drouot in Paris, France, for a charity auction. Music for supermarkets (Musique pour Supermarché) had the peculiarity of being the only copy he had ever pressed.

The music this record contained was compiled for the needs of an artists’ exhibition, the subject of which was the rapid (at that time) expansion of supermarkets.

At that exhibition artists presented the usual supermarket products under a different and artistic perspective. The contributors of the exhibition and friends of the composer asked Jean-Michel Jarre to compose the musical background of the exhibition.

Jarre composed the music and asked the director of the record label to print only one copy. Jarre wanted the copy of the music to be a unique project that would be auctioned along with the rest of the exhibits.

According to popsike, the highest selling price of such a bootleg (manufactured in Chile) for music for supermarkets (Musique pour Supermarché) amounts to 1425 dollars.

This vinyl record belongs to the category of unique copies. For someone to hope of getting it is at least… optimistic. Nevertheless, we wish you good luck. 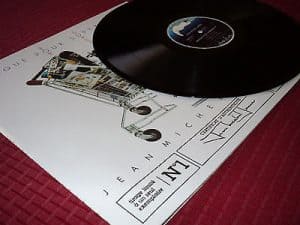 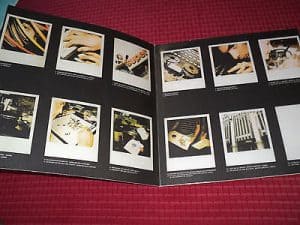