“Too Fast for Love” was the first album by the Americans Motley Crüe, from Los Angeles, California. This particular version of the album was the first for the band and was released by Leathür Records, which Motley Crüe founded with their manager at the time, Allan Coffman.

This version of “Too Fast for Love” was pressed in 900 copies and was the first of three releases with Leathür Records before they signed with Electra Records almost immediately after the release.

It is Motley Crüe’s most expensive vinyl record and the highest price paid was $2700 in February 2016 for a sealed copy.

“Too Fast for Love” by Leathür Records was released in December 1981 and is the first album that could be described as Glam Metal.

Musically, it is an album with raw and crude sound that shows better than any other subsequent Crüe release the music influences of the band (Sweet, Sex Pistols, Buzzcocks, Alice Cooper etc).

For many fans of Motley Crüe, it is their second-best album after “Shout at the devil”.

After leaving Leathür Records and signing the contract with Electra Records, the record company re-recorded the album, did not include “stick to your guns” and made some minor changes to the cover.

If someone also searches for it in its original form, they will have to spend around $2000 to $2600. 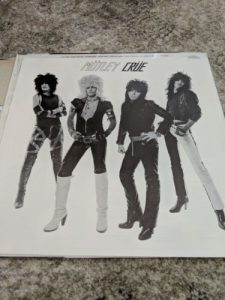 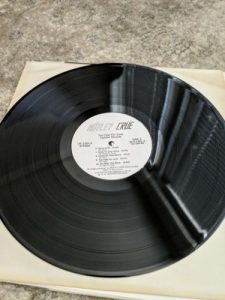 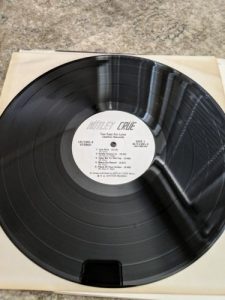 Tracklist
A Side: Live Wire – Public Enemy #1 – Take Me To The Top – Merry-Go-Round – Piece Of Your Action
B Side: Starry Eyes – Stick To Your Guns – Come On And Dance – Too Fast For Love – On With The Show

Do you like to find Cheap, Rare, Used or Sealed Motley Crue

to read about the

or to read about