If there’s one album that paved the way for the first era of Black Metal that’s without a doubt the first album of Bathory. The edition called “Yellow Goat” (from the album cover color) is a collectible album that its’ value is more than 2000 US dollars.

Bathory were founded in 1983 in Sweden and broke up in 2004 after the death of Quorthon due to cardiac arrest at the age of 38. The self-titled LP was a highly dark and evil record for its’ era with influences from Hardcore, Speed and Thrash Metal.

The  Yellow Goat edition was released in October 2nd 1984 in 1000 copies. The first thought was to print the cover in gold color but the grand printing cost made the band to print it in yellow instead, as close as it could be to gold.

This particular edition included the Original Intro and Outro of the album, whereas almost every later edition has the Fade In Intro and the Cutted Outro. The most expensive copy has been sold for 2,350 dollars in September 24 2018 and the seller was from the US.

From time to time some copies are available for sale and if anyone wants to buy them he’ll have to spend for an NM copy from 1,800 to 2,200 dollars.

– Highlights: In Conspirasy With Satan, Hades 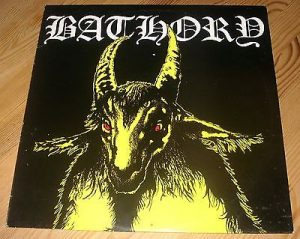 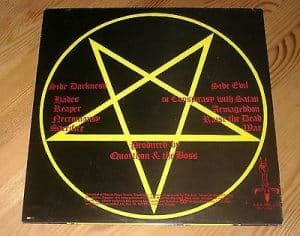 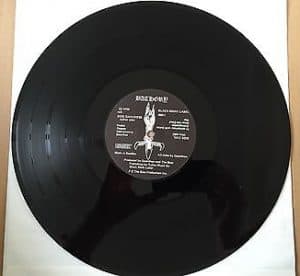 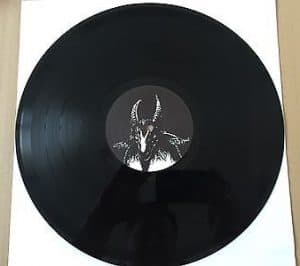 Find
Bathory Vinyl Records
& RARE
Metal Records and CDs
from sellers  all over the world !!!